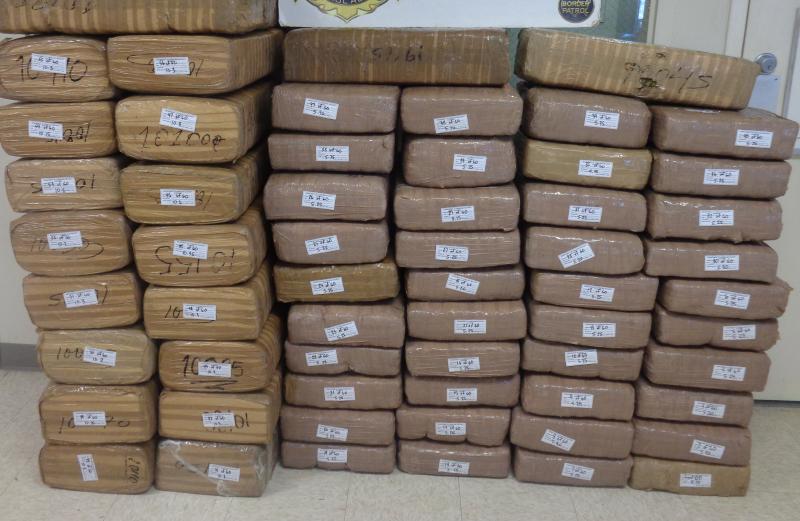 On November 28, 2016, Border Patrol agents assigned to the Zapata Station Marine Unit were working their assigned duties when they came across a suspicious boat and a white truck near one of the landings at Falcon Lake.Â Moments later, the driver proceeded to get into the boat and navigated back to Mexico.Â As agents secured the truck, they noticed numerous abandoned bundles of suspected marijuana in the vehicle.Â The contraband tested positive for marijuana.Â  The narcotics had a total of weight of 913 pounds, with an estimated street value of $729,868.

The contraband tested positive for marijuana.Â  A total of 24 bundles were seized.Â The narcotics had a total of weight of 541 pounds with an estimated street value of $432,896.

â€œI commend the Laredo Sector Border Patrol agents for their vigilance and their ability to continue to disrupt criminal activity to dissuade organizations from smuggling dangerous contraband through the community of Zapata, Texas,â€ said Acting Chief Patrol Agent Jason Owens.

To report suspicious activity such as drug and/or alien smuggling, contact the Laredo Sector Border Patrol using the toll free telephone number at 1-800-343-1994.