Texas dove hunters in much of the central zone have reported slow hunting and scattered birds since the opening of the regular hunting season Sept. 1.


Hunters in the north and south zones, where birds have been more plentiful and consistent, have fared much better. 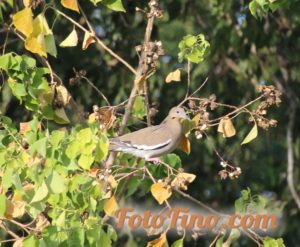 Bob Thornton is the founder of the Texas Dove Hunters Association (TDHA). He told the Texas Farm Bureau Radio Network that itâ€™s hoped the arrival of cooler weather will improve hunting prospects through the end of the regular seasonâ€”Nov. 6 in central zone and Nov. 13 in north and south zonesâ€”and during the split season that opens statewide Dec. 17.

He said cooler weather also triggers a change in hunting strategy for many wingshooters.

â€œAs the weather changes, the feeding and watering habits of the birds will change. For instance, youâ€™ll want to start looking at some good tank hunts, because earlier in the season, you probably didnâ€™t have a good tank hunt because there was plenty of water for the birds to find,â€ Thornton said.

â€œObviously, when you are talking about a cold season, the birds donâ€™t want to travel too far. So, youâ€™ll want to place yourself around a food source and a water source on just about every hunt.â€

Thornton said about 200 hunters are expected at a special dove hunt in Frio County on Dec. 17, opening day of the split season in the south zone.

Busted Feathers Outfitters is hosting a day of dove hunting, BBQ, live music and door prizes. Proceeds from the family event near Pearsall benefit the TDHA Pullin for Kids Scholarship Fund. Details are available at www.texasdovehunters.com.

â€œThey historically have tons of birds. Itâ€™s going to be a huge event,â€ Thornton said.