“Spring hunting in Texas for Rio Grande turkeys should be outstanding this year, according to state wildlife biologists.”

The spring season for Zapata County is from March 18 through April 30, 2017 – Gobblers or Bearded Hens.  TPWD

Spring hunting in Texas for Rio Grande turkeys should be outstanding this year, according to state wildlife biologists.

“We had a great hatch in 2014 and another good hatch in 2015. So we’re really expecting to see a good number of mature birds out there this year. I’m looking forward to the spring season,” Jason Hardin, Texas Parks and Wildlife Department upland game bird specialist, told the Texas Farm Bureau (TFB) Radio Network.

Hardin said the department’s Small Game Harvest Report indicates turkey harvest was at an almost 10-year high last season. He said there were also a ton of 1-year-old Rio Grande turkeys running around this past spring, which should mean a great spring season in 2017. He said Eastern wild turkeys are also holding steady in places they are commonly found. 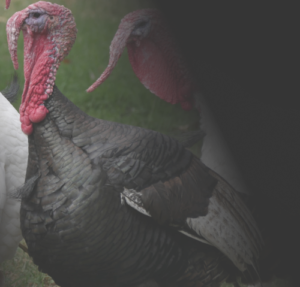 Hardin suggests hunters focus on riparian systems—springs, creeks and rivers—when chasing turkeys in the Lone Star State. He said all of the state’s massive Rio Grande range looks to be in good shape.

There is a special Rio Grande hunting zone with a one-turkey bag limit (10 counties) April 1-30.

The Eastern Turkey (15 counties) season is set for April 15-May 14, with a limit of one gobbler.