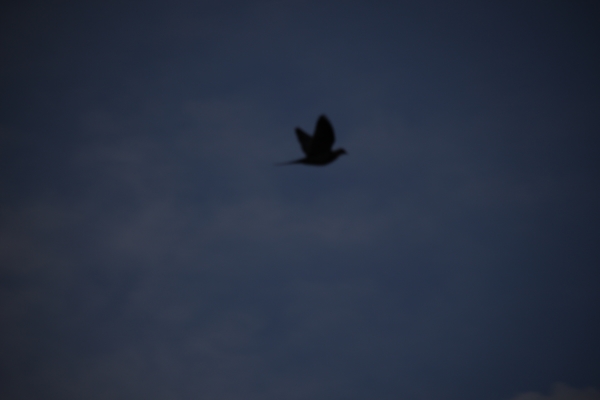 “This season, Texas hunters will see the longest dove season in 80 years; and luckily, will see an increased dove populations, too. A new 90-day season this fall means hunters will have 20 more days of opportunity compared with previous years.”


AUSTIN – The first of September in Texas sounds a lot like the fourth of July with the steady â€œpop, pop, popâ€ of shotgun reports as upwards of a quarter million dove hunters take to the fields across the state for the tradition-rich opening day of the season.

The opening of dove season is a big part of our state’s hunting heritage, said Dave Morrison, big game program director with the Texas Parks and Wildlife Department.  It gives families and friends an opportunity to enjoy a day in the out of doors and share in our great state’s bountiful natural resources.

Texas is home to several subspecies of dove, some are protected, but legal to hunt, such as the mourning, white-winged and white-tipped varieties. Others, like the rock dove and Eurasian collared, are unprotected and can be hunted. And, some, like the Inca dove, band-tailed pigeon and common ground dove, are protected and cannot be hunted. More information about these different dove, including images, can be found online at https://tpwd.texas.gov/education/hunter-education/know-your-doves.

Roughly 10 percent of the nation’s 350 million mourning dove, many of which migrate on the winds of fall cool fronts from states to the north along with about 9 million white-winged dove make their way across Texas during the winter. Because they are a migrant bird species, dove populations and hunting are managed jointly between federal government agencies in the U.S., Canada and Mexico.

This season, Texas hunters will see the longest dove season in 80 years; and luckily, will see an increased dove populations, too. A new 90-day season this fall means hunters will have 20 more days of opportunity compared with previous years. TPWD is integrating those additional days early in the season to take advantage of birds migrating into the state, as well as at the end of the season in the Special White-winged Dove Area to offer more wing-shooting opportunities.

Dove hunting is a big deal in Texas, not just in the number of participants, but for the contributions to local economies in rural areas of the state. According to figures compiled by Southwick and Associates, a market research, statistics and economics firm, direct expenditures and taxes from dove hunting contributes over $400 million to the Texas economy.

What can dove hunters expect to find in the fields this season? Read more..