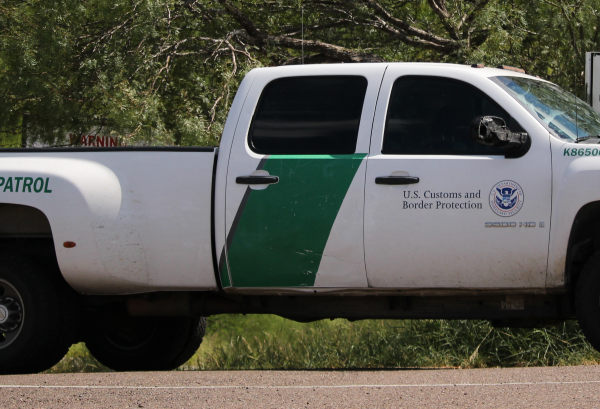 “It means that nearby counties like Zapata and Webb to the west and Cameron to the east have seen a spike in crime,Â the director testified,”

(Texas Tribune) — The $800 millionÂ border security operation passed by state lawmakers has helped seal off parts of the stateâ€™s southern border. But the surge has also made the rest of the area more of a hotbed for illegal activity, the stateâ€™s top law enforcement officerÂ told lawmakers on Wednesday.


Related: A billion on the border? That money could be better spentÂ
The assessment by Texas Department of Public Safety Director Steve McCraw came during aÂ House Homeland Security and Public Safety meeting in Brownsville, where Democrats hammered away at the DPS chief and questioned whether the buildup is successfulÂ is if itâ€™s not securing the entire 1,254-mile border.

In 2015, lawmakers approved moneyÂ to fund 250 more DPS officers on the border and to flood the area with cameras and other detection equipment to help stop illicit activity.

The allocation came in response to an unprecedented surge of illegal immigration in Starr and Hidalgo counties, mainly by unaccompanied children or families from Central America. State lawmakers said the surge was necessary because the migration tied up U.S. Border Patrol agentsÂ and made the area less safe.

While those counties have seen less crime, gangs have moved their operations into other parts of the border where the DPS presence isnâ€™t as great.

â€œSo what that two-year operation did was it reduced the traffic of crime and drugs in two counties but it moved it to other counties?â€ asked state Rep. Ryan Guillen, D- Rio Grande CityÂ during the hearing, which was broadcast via livestream.

It means that nearby counties like Zapata and Webb to the west and Cameron to the east have seen a spike in crime,Â the director testified, adding that the far West Texas counties of Hudspeth and Brewster are â€œunsecure.” DPS’ â€œunsecureâ€ designation means law enforcement has limited or no detection, interdiction or support capabilities.

Drug seizures were down in Starr and Hidalgo counties by more than 20 percent from 2014, while seizures in Webb and Cameron counties increased by more than 10 and 20 percent, respectively,Â according to 2015 data from the El Paso Intelligence Center that McCraw presented to lawmakers.

An irritated Guillen said heÂ was skeptical of the operation if it is spreading crime around but not stopping it.

â€œAll weâ€™re doing is weâ€™re moving [crime] from two counties over to the other 12 counties, and that, I donâ€™t think, is what is intended,â€ he said. â€œItâ€™s a great effort, but unless you do the whole thing, you are not achieving what you think youâ€™re achieving.â€

Wednesdayâ€™s hearing cameÂ just weeks after the DPS announced it was going to ask lawmakers for an additional $300 million to sustain the operation and deploy hundredsÂ more DPS officers.

State Rep. Alfonso â€œPonchoâ€ Nevarez, D-Eagle Pass, said the DPSâ€™s effort was going to be placed under greater scrutiny as lawmakers decided whether to fund that request when theyÂ return to Austin in January.

McCraw conceded the operation didnâ€™t yet have a lasting, border-wide effect.

â€œThe next step is going to be Cameron County, and weâ€™ll keep moving to Zapata and Webb and keep moving west,â€ he said. â€œItâ€™s working exactly as we expected. We donâ€™t just throw this strategy out based upon anything.Â This strategy was built on evidence and past experiences.â€

Nevarez didnâ€™t doubt the DPS has a strategy, he said, but itâ€™s whether it yields results thatÂ matters.

â€œAt the end of the day, it doesnâ€™t matter if itâ€™s the most well-crafted plan,â€ he said. â€œ[But] itâ€™s got to work. And not only does it have to work, it has to work within the certain parameters of what we can afford to spend.â€Â  Read more…