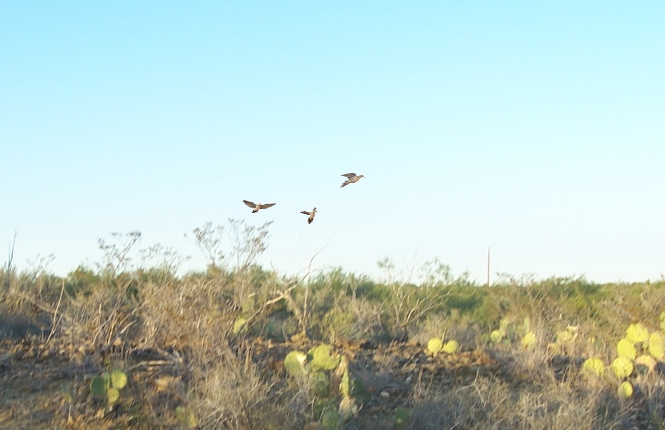 AUSTIN â€“ More validation that everythingâ€™s bigger and better in Texas, dove populations are soaring and the hunting season, which gets underway Sept. 1, is the longest in 80 years.

A new 90-day season this fall means hunters will have 20 more days of opportunity compared with previous years. The Texas Parks and Wildlife Department (TPWD) is integrating those additional days early in the season to take advantage of mourning dove migrating into the state, as well as at the end of the season in the Special White-winged Dove Area to offer more bird hunting opportunities.

â€œHunters will now be able to take advantage of those northern birds riding early November cool fronts into Texas, without sacrificing days of opportunity early in the season,â€ said Dave Morrison, TPWD Small Game Program Director. â€œWeâ€™ve also tacked on extra days to the back end of the season in late January when South Texas prospects are still pretty solid. Itâ€™s a win-win for dove hunters.â€

Roughly 10 percent of the nationâ€™s 350 million mourning dove reside in Texas, along with about 9 million white-winged dove. Each fall, over 415,000 Texas dove hunters take to the field in pursuit of these acrobatic, fast-flying game birds. Based on field observations by TPWD wildlife biologists, prospects for the 2016-17 hunting season are good to excellent. Read more…