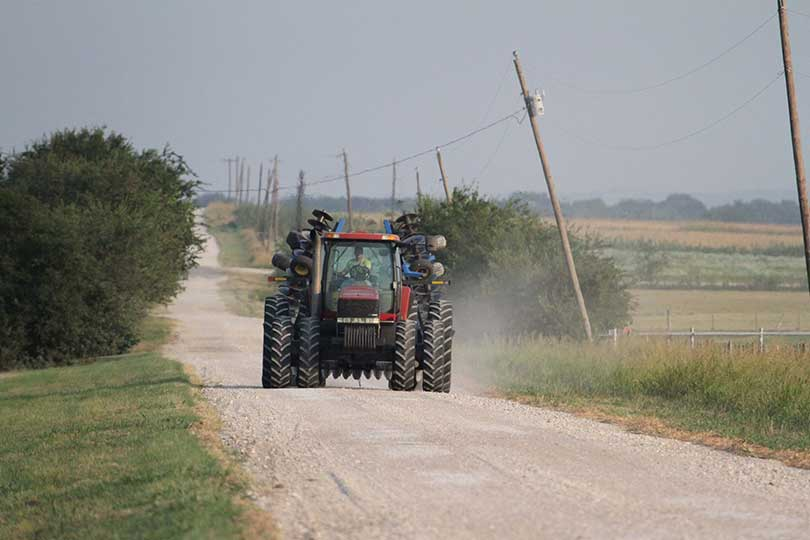 â€œAccidents are more routinely found on rural roads, because farm equipment is more common in those areas.â€

At the farm. In the tractor. Or on the road. Injuries or fatalities can be one accident away. Operating farm equipment can be a high risk scenario.

With agriculture ranked as one of the most dangerous occupations in the U.S., safety on farms and ranches is of the utmost concern. And even more important on Texas roadways.


Data from the Texas Department of Transportation (TxDOT) shows accidents involving farm equipment on rural and urban roads has shown slight increases since 2011â€”up from 197 accidents in 2011 to 233 in 2015.

The numbers for the nation are staggering. The U.S. Department of Transportation estimates 15,000 collisions involving farm vehicles occur on U.S. roadways each year.

Although the road less traveled offers a scenic route, it also offers a chance for danger. Because the hills and scenic views on rural routes can be distracting.

Coming around a sharp turn or topping a steep hill can bring drivers up on slow-moving vehicles like farm equipment.

Sometimes itâ€™s too late to stop.

â€œEven if you have the right-of-way, itâ€™s important to keep an eye out for others,â€ Pacheco said.

According to the U.S. Department of Transportation, only 19 percent of Americans live in rural areas, but about 55 percent of highway deaths occur on roads that are considered rural.

Each year since 1944, the third week of September has been recognized as National Farm Safety and Health Week. This year, the week is celebrated from Sept. 18-24. It serves as an opportunity to emphasize the importance of working together to prevent injuries or illnesses on farms and ranches.Â  More…