“Law and order at the border is a top priority for me. And I always want to support our Border Patrol and National Guard, who keep us safe,”

The House of Representatives is set to vote this week on the legislation, which would fund the government for the rest of the 2017 fiscal year. 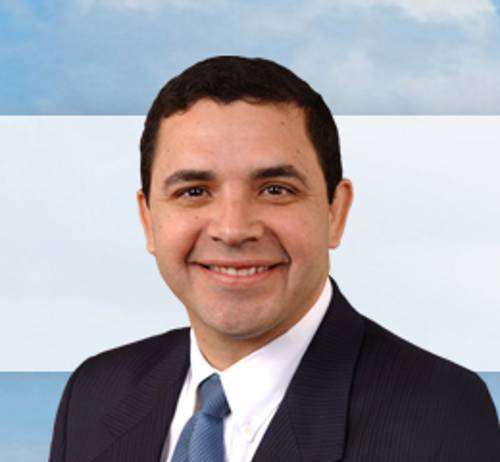 “Increasing the number of judges to process immigration cases is a common sense solution that should appeal to everyone, no matter how you feel about immigration policy,” explained Congressman Cuellar. “When an attempted undocumented immigrant is identified, processing that case quickly is good for the United States and the individual. That means hiring more qualified immigration judges.”

“Law and order at the border is a top priority for me. And I always want to support our Border Patrol and National Guard, who keep us safe,” he continued. “That’s why I supported funding for evidence-based programs and technologies that we know are effective at securing our border – from personnel increases to aero stats.”

These 10 new judge teams (the judges themselves, plus necessary support staff) will be in addition to the 55 for which Congressman Cuellar successfully appropriated funds in the 2016 fiscal year omnibus bill. He has consistently fought to address the delays that let immigration review cases drag on for months or years, and to cut down on the over half-million backlog of immigration cases.

Currently, the median length of a case involving a detained individual is 71 days. The median length for someone non-detained is 665 days. An immigration judge hears between 75 and 90 cases on average each week.

The new legislative language requires monthly reports on the performance of immigration judges. It also includes:

$5.727 million for courtroom space/infrastructure; and

As part of his work on the Appropriations Committee, Congressman Cuellar fought for necessary border security projects and programs that will improve the 28th district. Highlights include:

·         Remote Video Surveillance Systems (RVSS) are a fixed technology asset used in select areas along the Southwest and Northern borders. These systems provide short-, medium-, and long-range persistent surveillance mounted on stand-alone towers, or other structures. The RVSS uses cameras, radio and microwave transmitters to send video to a control room and enable a control room operator to remotely detect and, to a limited extent, track, identify and classify targets using the video feed.

·         Mobile Vehicle Surveillance Systems (MVSS) provide short- and medium-range mobile surveillance equipment mounted on telescoping poles and consist of a suite of camera sensors mounted on Border Patrol vehicles. An agent deploys with the system, which detects, and to a more limited extent, tracks, identifies and classifies items of interest using the video feed. The agent/operator observes activity on the video monitor to detect intrusions and assist agents/officers in responding to those intrusions.

·         Technology is critical to border security operations and through the deployment of this effective technology, the Border Patrol gains more coverage of fixed surveillance gaps and situational awareness, and increases its ability to adapt to changing conditions and effectively detect, identify, track, and interdict potential threats along the Southwest border.

The omnibus bill also reflects Congressman Cuellar’s longtime advocacy for smart, proven-effective security tools and technologies across the entire southern border. Highlights of the provisions he fought for include: