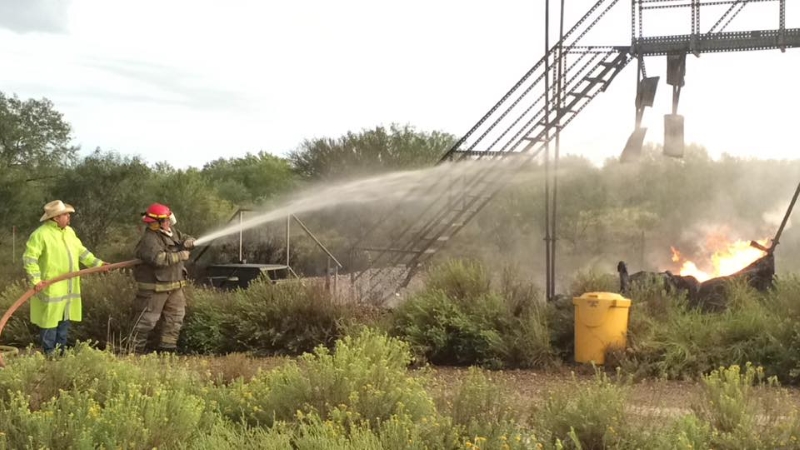 ZAPATA, TX -On the afternoon of September 10, 2016, a large cloud of black smoke was reported to the ZC Sheriff’s Office. The smoke could be observed from south of Zapata and it appeared to be located in south of the vicinity of the County Airport. Upon arrival the Zapata County Sheriff’s Office, met with Texas Parks & Wildlife which together identified the smoke was coming from the condensation tanks which caught on fire and its flames reached between 10 to 12 feet high. The location was confirmed to be an oilfield location which is south of Airport Rd. and Hwy 16. The ZC Sheriff’s Office, Texas Parks & Wildlife, and ZC Fire Department, together worked tirelessly to contain and finally extinguish the flames.
“The safety of all citizens is our number one priority. We will continue to work together to secure everyone’s safety.” Said Chief Raymundo Del Bosque, Jr.Â  More…