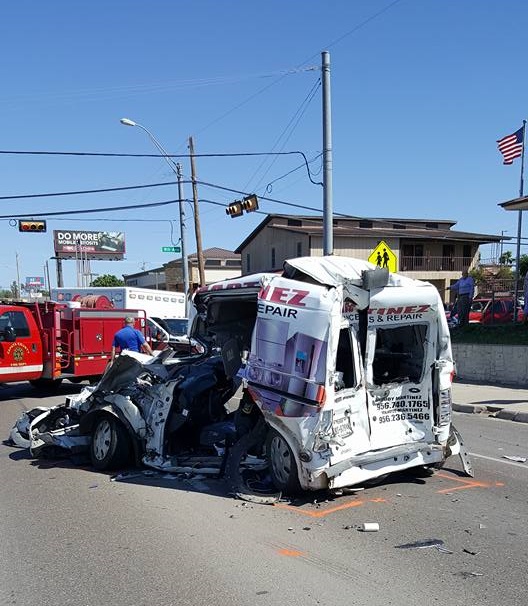 A major accident involving three vehicles occurred on Monday, April 16th in Zapata, Texas.  According to Zapata County Constable Pct. 2, the accident occurred on US Hwy 83 and 9th Avenue.  Upon the arrival of first responders, it was found that the driver of one of the vehicles was pinned and special equipment was required to free the driver.  The driver was air lifted to a nearby hospital.  Two other individuals were treated at the scene.