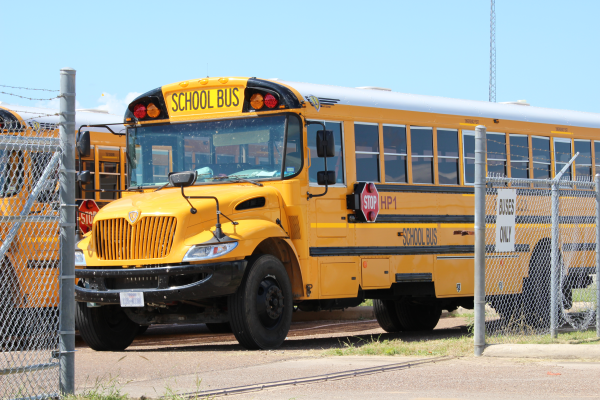 “Any time a driver disregards a stopped school bus, they put children’s lives in danger, and DPS will not tolerate individuals who ignore the law, putting their own convenience before a child’s safety,”


AUSTIN â€“ In conjunction with National School Bus Safety Week (Oct. 17-21), the Texas Department of Public Safety (DPS) is urging drivers to comply with laws prohibiting the passing of school buses. During this period, DPS Highway Patrol troopers will be watching for drivers who violate the law and taking the appropriate enforcement action. It is illegal to pass any school bus that is stopped and operating a visual signal â€“ either flashing red lights or a stop sign.

“Any time a driver disregards a stopped school bus, they put children’s lives in danger, and DPS will not tolerate individuals who ignore the law, putting their own convenience before a child’s safety,” said DPS Director Steven McCraw. “In order to help keep children safe, we urge drivers to always obey the law and remain alert when traveling near a school bus or bus stops where students gather.”

“The safety of our schoolchildren is always a priority at the Texas Education Agency. We appreciate the dedication by Texas Highway Patrol Troopers during National School Bus Safety week â€“ and throughout the entire year â€“ to help ensure our students have a safe trip to and from school,” said Texas Commissioner of Education Mike Morath.

During National School Bus Safety Week, troopers in many areas will be riding on or following school buses to catch motorists who break the law. Because children are particularly vulnerable when entering or exiting a school bus, Troopers will also be patrolling areas where school buses pick up and drop off students, looking for motorists violating the school bus law. Drivers who violate the law could face fines as much as $1,250.

In 2015 and year to date in 2016, Texas Highway Patrol troopers have issued 1,093 tickets for passing a stopped school bus. According to the Texas Department of Transportation, failure to stop for a school bus was a contributing factor in 45 traffic crashes on Texas roadways last year.

According to Texas statute, a driver â€“ traveling in either direction â€“ must stop when approaching a school bus that is stopped and operating a visual signal. The driver may not proceed until one of the following occurs: the school bus resumes motion; the operator is signaled by the bus driver to proceed; or the visual signal is no longer activated.

If a road is divided only by a left-turning lane, drivers on both sides of the roadway must stop for school buses with alternating red flashing lights activated. However, if the lanes are separated by an intervening space or physical barrier, only motorists going in the same direction as the bus are required to stop.

(As a reminder, school buses, by law, must stop at all railroad crossings.)