“DSHS Friday issued a health alert that now recommends testing all pregnant residents of … Starr, Webb, …, and Zapata counties in both the first and second trimesters of pregnancy and any resident who has a rash plus at least one other common Zika symptom: fever, joint pain or eye redness.”

As the state prepares for additional local transmission of the Zika virus during the 2017 mosquito season, the Texas Department of State Health Services is expanding its testing guidance for residents of six South Texas counties. 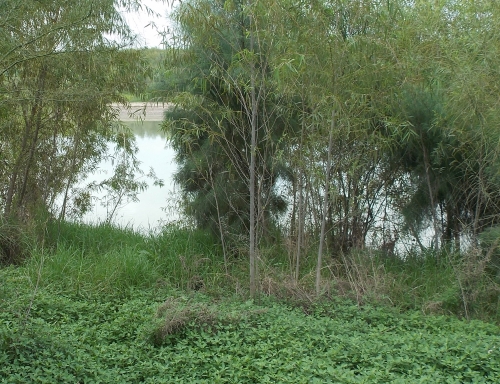 DSHS Friday issued a health alert that now recommends testing all pregnant residents of Cameron, Hidalgo, Starr, Webb, Willacy and Zapata counties in both the first and second trimesters of pregnancy and any resident who has a rash plus at least one other common Zika symptom: fever, joint pain or eye redness.

For the rest of the state, DSHS continues to recommend testing anyone who has at least three of those four Zika symptoms and all pregnant women who have traveled to areas with ongoing Zika transmission, including any travel to any part of Mexico.

“Zika remains a significant health risk to pregnant women and their babies, and it’s only a matter of time until we see local transmission here again,” said DSHS Commissioner Dr. John Hellerstedt. “We want to cast as wide a net as possible with testing to increase our ability to find and respond to cases, and the Lower Rio Grande Valley remains the part of the state most at risk for Zika transmission.”

Zika testing is widely available through commercial labs, so health care providers can order testing through their normal channels. “We don’t want cost to prevent anyone from getting tested,” Hellerstedt said. “If the cost of testing would be a barrier for a patient, providers should contact their local or regional health department for information about testing through the public health system.”

Texas had six cases of local mosquito transmission of Zika virus disease in Brownsville in November and December 2016. The region is considered a likely place for Zika to spread because of its history of local transmission of dengue, a closely related virus, and its proximity to Mexico, where there continues to be ongoing local Zika transmission, including in communities just across the border.

As temperatures continue to warm up, mosquito activity will increase, so people statewide should protect themselves from mosquitoes at home and while traveling to areas where Zika is spreading. Precautions include consistently using mosquito repellent when outside, wearing long sleeves and pants, and using air conditioning or making sure window screens will keep mosquitoes out of the home. Texas is also calling on people to pick up trash and dump out containers that could hold standing water in and around their homes and businesses to deny mosquitoes a place to lay their eggs, decrease the overall number of mosquitoes, and help protect family members and neighbors from Zika.

Zika virus is transmitted to people primarily through the bite of an infected mosquito, though it can also spread by sexual contact. While symptoms are usually minor, Zika can cause severe birth defects in babies of some women infected during pregnancy. DSHS recommends pregnant women follow CDC advice to avoid traveling to locations with sustained, local Zika transmission, including all areas of Mexico. Pregnant women and their sexual partners who have traveled to those areas should use condoms or avoid sexual contact during the course of the pregnancy. The health alert and additional information on precautions and travel advice are available at TexasZika.org.