On January 31, 2017, Border Patrol agents assigned to the Zapata Station responded to a location where they observed a suspicious truck leaving the area.  When they conducted a search of the vehicle, they recovered 25 square bundles abandoned in the bed of the truck.

In a separate incident earlier today at approximately 7 a.m., Border Patrol agents, using Aerostat technology, observed two boats approaching the U.S. shoreline on Falcon Lake.  As agents responded, they observed the same boat departing at a high rate of speed and an unattended pick-up truck parked next to the water with its engine running and the tailgate down.  Agents approached the vehicle and noticed several narcotic bundles in the bed of the pick-up truck.  Border Patrol agents recovered a total of 19 bundles of narcotics. 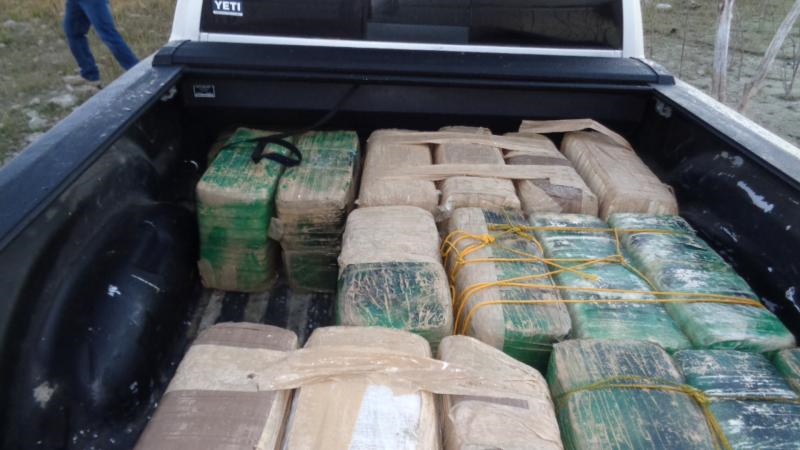 All totaled, 44 bundles, weighing 978 pounds, were recovered. The narcotics tested positive for marijuana and had an estimated street value of $782,691.  The narcotics were turned over to DEA and the vehicles were seized by Border Patrol.

“We encourage everyone to report any suspicious activity in their community.  Together, we can continue to disrupt these criminal organizations and improve the quality of life in our communities,” said Jason Owens, Acting Chief Patrol Agent.