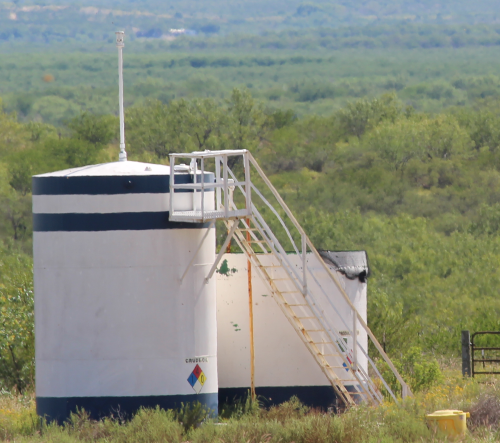 “The oil and gas industry in Texas did take a hit this year with more than 40,000 job losses in the last 12 months, but more rigs have stood up in the past few weeks”

Despite lower commodity prices and a dip in the manufacturing and oil industries, the Texas economy remains strong, according to Texas Comptroller Glenn Hegar.

â€œIf you look at the Texas economy overall, weâ€™re not growing like we have been in the last two and four years, but compared to our sister energy states, all of them have lost jobs in the last 12 months,â€ Hegar, a farmer and Texas Farm Bureau (TFB) member, said in an interview with the TFB Radio Network. â€œTexas has still gained over 170,000 jobs, which is pretty phenomenal. In a nutshell, the economy in Texas continues to grow, but at a bit more modest pace.â€

Looking at the fiscal balance sheet, Hegar said the state still has a healthy balance.

The oil and gas industry in Texas did take a hit this year with more than 40,000 job losses in the last 12 months, but more rigs have stood up in the past few weeks that Hegar believes may help balance out the losses.

â€œItâ€™s still going to take a while for the industry to repair the balance sheets, but youâ€™ve got several companies that are continuing to do work,â€ Hegar said. â€œI think the industry will make a comeback.â€

Farmers, ranchers and dairymen across the state continue to be beat up by low commodity prices.

â€œItâ€™s not going to be the best year weâ€™ve ever seen because certain areas were hit hard with weather and low commodity prices, but thatâ€™s something agriculture has always dealt with,â€ Hegar said. â€œIt is an extremely important sector in a lot of economic regions of Texas, because it is a big state and agriculture plays a very important role in our state economy.â€

It also plays a significant role in some of the economic regions, Hegar said.

â€œSome may say itâ€™s not as big a role where weâ€™re at today. However, we donâ€™t pay very much money of our average salaries in food. That, in essence, helps keep everybody in Texas moving. If you look at developing countries, they donâ€™t have disposable income because they spent it all on food,â€ Hegar said. â€œHere in the U.S., we are blessed. Agriculture has a bigger impact than when people just look at the Gross State Product because it is what keeps us going.â€

Businesses and people continue to move to the Lone Star State. Each morning, there are about 600 new people in the state. Businesses enjoy the regulatory certain environment and relocate, open businesses or expand in both metropolitan and rural areas.

Looking to the next quarter, Hegar estimates 1.5 percent growth in the stateâ€™s economy.

Regardless, due to the energy downturn, the Texas Legislature will meet in 2017 anticipating $1 billion less for lawmakers to work with in crafting the new budget.

â€œReally, the biggest thing they have to accomplish is passing a new two-year state budget. This upcoming budget will be a little tighter than it has been in the last few budget cycles, in part because the economy is a little bit slower,â€ Hegar said.

Another factor, according to Hegar, is an additional $2.5 billion to the State Highway Fund for road projects once the stateâ€™s sales and use tax revenue reaches $28 billion. The move of the sales tax collections was approved as a constitutional amendment by voters in 2015. It begins in the new budget cycle.

Despite the slowdown in the energy sector and other industries, the state remains strong, according to Hegar. He said the Economic Stabilization Fund, or Rainy Day Fund, grew from less than $20 million to $9.7 billion at the end of fiscal year 2016.

The fund derives most of its revenues from the stateâ€™s oil and gas production taxes.

Hegar said itâ€™s the largest of its kind in the nation.