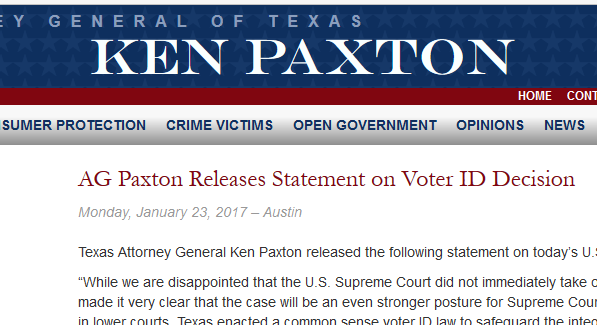 “While we are disappointed that the U.S. Supreme Court did not immediately take our case, Chief Justice Roberts made it very clear that the case will be an even stronger posture for Supreme Court review after further proceedings in lower courts. Texas enacted a common sense voter ID law to safeguard the integrity of our elections, and we will continue to fight for the law in the district court, the Fifth Circuit, and if necessary, the Supreme Court again.”